For the second building for my 1939 Polish village I decided on a village shop.

I came across this pic of a building described as "Jewish". Since I was straight out of Jewish coffee stirrers I made mine non-denominational.

Though the final result is IMNSHO satisfactory, there were a few bumps in the road when scratch building this model.

The pic that started it all: 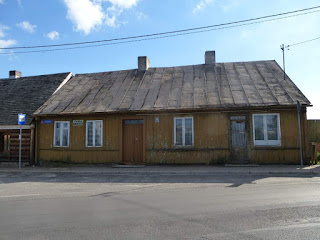 The basic model, out of styrene: 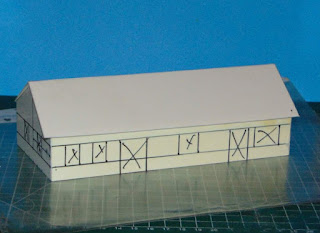 The door- and window frames put in, made out of match sticks.

When the glue had dried, I found the wall bent considerably. To fix it I added a ceiling
. 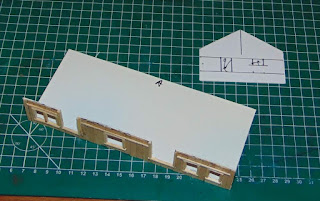 All four walls clad, and assembled. 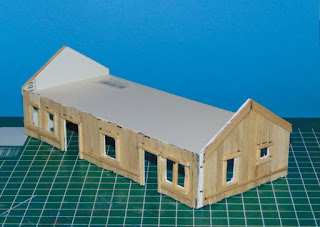 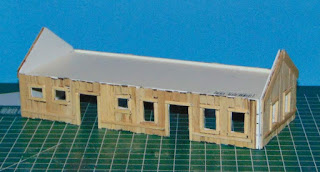 Small remark on the lines where the seams between the zinc roofing were to come: Do not use a permanent marker, like I did, but rather a pencil. The marker bled right through glue and primer. No big problem in this case, but something to remember.

Some reinforcement was added to the roof to keep it in shape. 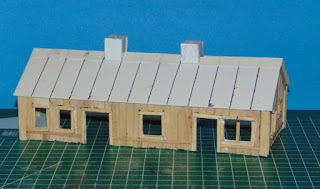 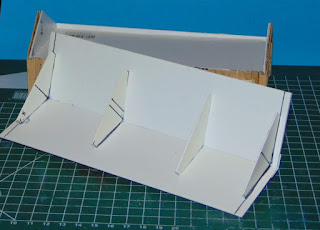 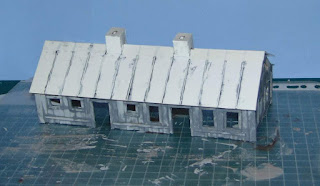 I wanted to use a new (for me at least) painting technique: a wash over the absorbent wood primer, and the less so neglected green paint, and spray primer used for the roof. 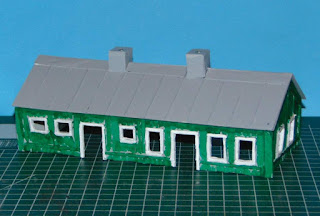 It worked well for the walls, nut the wash didn't work at all with the primer used for the roof, so I aged that by rubbing it with brown paint. 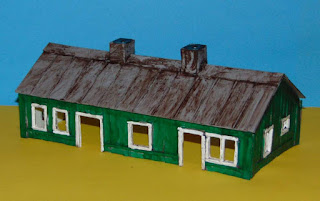 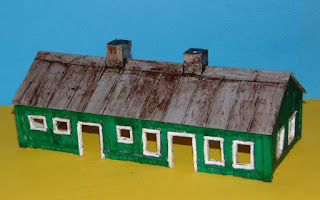 As I said at the beginning, a few minor hiccups during the construction, but in the end a very usable addition to my Polish village project.

Gungnir
Veendam, Groningen, Netherlands
I'm known as Gungnir on several fora, though my passport insists my name is Gerrit (Gert) Postma. I was born in 1952, lived for several decennia in Hengelo, and since 1994 in Veendam. Married since 1974 to Candy, we have a son, Richard, 1981, who makes a living out of music that is not high on my list. Currently I'm doing volunteer work, as the treasurer of a tiny Dutch charity, Stichting Cosmic Fire Foundation, which aids the poorest Lakota Sioux on the Pine Ridge Reservation, South Dakota.