I noticed that I do have some river boards, but no suitable WWII bridges yet. Since for now I'm concentrating on early WWII Eastern Front, a German Pionierbrücke was the obvious choice. In spite of that, I did build one.

My rivers are 10cm wide, but I plan to have some twice a wide in future, so the design had to be flexible enough to reflect that.

The width was determined by that of the average German army truck, and that of horse drawn artillery. 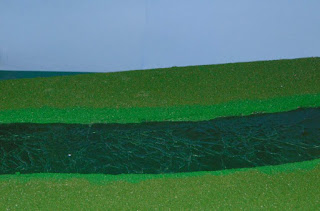 This a considerably longer example, across the Dnjepr, in 1941. 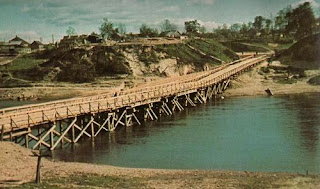 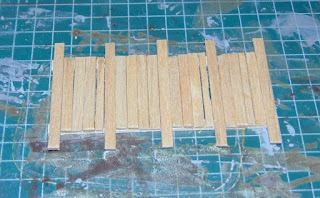 The underside of the bridge deck, below it the two ramps. 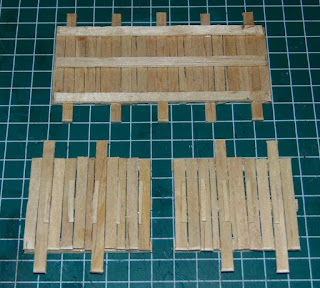 Basic construction done. There were still a few emergency bridges in use when I was a kid, and I remember the ramps having cross bars to give horse hooves traction - so I added those to my model. 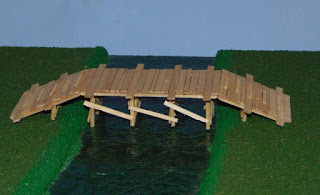 A start on the hand rails. 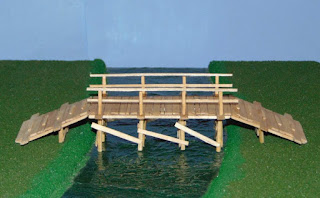 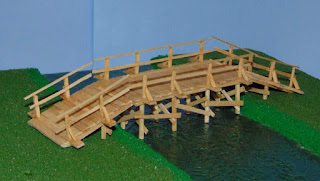 The examples I've see were all unpainted, so I only "dirtied" the deck, stained the supports at water level, and called it a day. 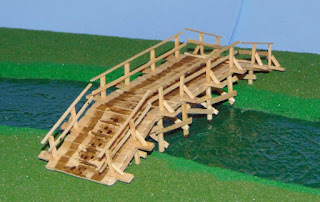 Gungnir
Veendam, Groningen, Netherlands
I'm known as Gungnir on several fora, though my passport insists my name is Gerrit (Gert) Postma. I was born in 1952, lived for several decennia in Hengelo, and since 1994 in Veendam. Married since 1974 to Candy, we have a son, Richard, 1981, who makes a living out of music that is not high on my list. Currently I'm doing volunteer work, as the treasurer of a tiny Dutch charity, Stichting Cosmic Fire Foundation, which aids the poorest Lakota Sioux on the Pine Ridge Reservation, South Dakota.